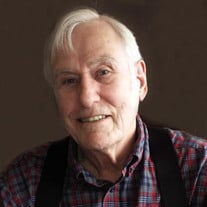 Not sure what to send?

Robert "Bob" Fenton Gazaway, aged 78, of Covington, Louisiana, entered his eternal life with Christ Jesus on December 13, 2021. His life was cut short by non-alcoholic cirrhosis of the liver and liver cancer. Bob was born in Denham Springs, Louisiana, to Fenton and Bessie Fuscia Gazaway. He was raised by his aunt, Sarah Sullivan Smith, after the tragic death of his mother when he was six months old. He graduated from Ponchatoula High School and served in the United States Air Force where he met his first wife, mother of his three children, Belvia Ann Fields. They settled in Mandeville, LA, where they lived happily for 27 years. He worked for Bellsouth and retired from there in 1999 after 33 years. He served as president of the local CWA (Communications Workers of America) where he was a union arbitrator and advocate for fair treatment of telephone company employees. During the early 1980s he and Ann were members of the Square C’s square dance club. He enjoyed square dancing so much that he gave dancing lessons every week in their living room. Bob had many hobbies, particularly fishing, woodworking, and gardening. He loved to hum tunes wherever he went, and he never met a stranger. He would strike up a conversation with anyone he could find and loved to make people smile. He showed the love of Christ to everyone he met. After a wonderful marriage of 33 years, his wife Ann died from pancreatic cancer in 1999. He then moved to Memphis, Tennessee, where he was blessed again to find and marry his beloved wife of the last 21 years, Sharon Daniel. There they formed with others an intentional Christian community called Emmanuel House, which founded a drop-in center offering help and services to the homeless of the area. He always had a heart to help the less fortunate. Bob joined the Presbyterian Church (USA) twenty years ago and was ordained as an elder a few years later. He served his Lord through the church as a Session member, Sunday School teacher, usher, and was an occasional choir member. He and Sharon later moved to Beaumont, Texas, to be close to their three grandchildren, Sara, Christian, and Annabelle Gazaway. While in Texas, they were CASA volunteers and served as representative payees for selected SSI recipients unable to handle their own funds. For several years Bob was president of a nonprofit (affectionately called God’s Girls) which provided a transitional home for women recently released from prison, offering a path to get their lives back on track. Bob is survived by his wife Sharon; daughters Andrea Gazaway of Slidell, LA; Rachel Weaver (husband Kenny) of Mandeville, LA, and son Robert Gazaway (wife Christi Eddins) of Colorado Springs, CO. He is survived also by his sister Conjetta Brown (husband Travis) of Dalton, GA, and his brother Larry Fuscia (wife Patricia) of Ponchatoula, LA, as well as many other relatives. Visitation and service in witness of Bob’s resurrection will be held at Covington Presbyterian Church, 222 S Jefferson Ave, Covington, LA 70433, on Saturday, March 12, 2022. Visitation starts at 1:00pm with Service following at 2:00pm. In lieu of flowers please donate to a local charity of your choice. E. J. Fielding Funeral Home has been entrusted with the arrangements. The family invites you to share thoughts, fond memories, and condolences online at E. J. Fielding Funeral Home Guest Book at www.ejfieldingfh.com .

The family of Robert "Bob" Fenton Gazaway created this Life Tributes page to make it easy to share your memories.