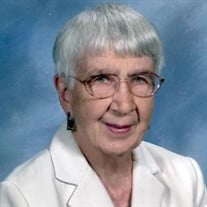 Gertraud Linser Pearson, 92, lately of Covington, LA, affectionately known as Oma to family and friends, passed away on April 15, 2022. Gertraud was born on May 1, 1929, in Brandenburg, Germany. Her childhood was spent in northeast Germany, much of it during the second world war. She lost her mother to natural causes at an early age. Oma didn’t often discuss her memories of those early years, but we know that she witnessed German tanks flowing eastward, Hitler traveling by train, Russian soldiers flowing westward, and wartime death and destruction. She suffered the oppressions of dictatorship, the deprivations of wartime, the atrocities of occupation. Her sister helped her escape from East Germany shortly after the war ended. She emigrated to the United States as soon as she could, arriving in New York in the summer of 1950. She lived in New Orleans and Covington most of her life, although the entire family traveled often and extensively. Everyone who knew her could testify to her absolute reliability. She was moderate in her habits, sparing when she ate, rarely drank alcohol, frugal in her personal life, always living below her means. But Oma did provide us with excellent educations and was generous in her financial giving. She gave money to relatives, friends in need and local charities. She volunteered all of her adult life, for entities such as the German Seamen's Mission, Lakeview Hospital, St. Timothy’s UMC and Friends of the Library. Meanwhile, she worked full time as a CPA, going to four days a week when she was about 70. When she was 79, Oma finally retired from St. Paul’s School, where she had worked for a couple of decades She was beloved by employers and others whom she worked for, due to her reliability, diligence and efforts. Oma also kept busy when not working. She crocheted and knitted, walked or exercised daily, gardened, bird-watched, traveled, cleaned. She abhorred waste, especially wasted food and wasted time. Oma was an example to all of us of how to live with integrity and discipline. Her last few years became difficult, and more so when the pandemic robbed her of volunteering opportunities. Then her dementia kicked up a notch, but her instinct to be of service never changed. She wasn’t used to being idle; time was heavy on her hands. Although we miss her, and always will, we are comforted to know that she is now in God’s hands. Gertraud was preceded in death by her husband, Jim “Opa” Pearson, her parents, Alfred and Marta Linser, her sister, Elfi Mundt, and her son, Jim Pearson. She is survived by her children Mary Haller (Steve), Al Pearson (Laura), Richard Pearson (Leslie), Katy Schulz and Elaine Pearson (daughter-in-law). She is also survived by 13 grandchildren: David Pearson, Cynthia Avin, Sonia Milano, Heather Hufft, Kristen Simmons, Michael Schulz, Spencer Pearson, Keith Schulz, Kelley Schulz, Shannon Pearson, Mark Pearson, Claire Pearson and Matthew Pearson; and by 16 great-grandchildren: Lily, Hunter, Sofia, Ryan, Patrick, Maggie, Ethan, Owen, Austin, Colin, Liliana, Jacob, Cooper, Gavin, Kennedy and Madeline. Two more are “on the way”. Relatives and friends are invited to attend the funeral services honoring Oma, to be held on Wednesday, April 27, 2022 at 11:00 AM at St. Timothy’s United Methodist Church, 335 Asbury Dr, Mandeville, LA 70471. Visitation will be held from 9:30 AM until the hour of the service, followed by a reception hosted by the family. In lieu of flowers, please consider donating to one of Oma’s favorite charities, such as The German Church Service, 1333 S. Carrollton Ave, New Orleans, LA 70118; or St. Timothy’s UMC. Please sign the online guest book at www.ejfieldingfh.com.

Gertraud Linser Pearson, 92, lately of Covington, LA, affectionately known as Oma to family and friends, passed away on April 15, 2022. Gertraud was born on May 1, 1929, in Brandenburg, Germany. Her childhood was spent in northeast Germany,... View Obituary & Service Information

The family of Gertraud Linser Pearson created this Life Tributes page to make it easy to share your memories.

Send flowers to the Pearson family.